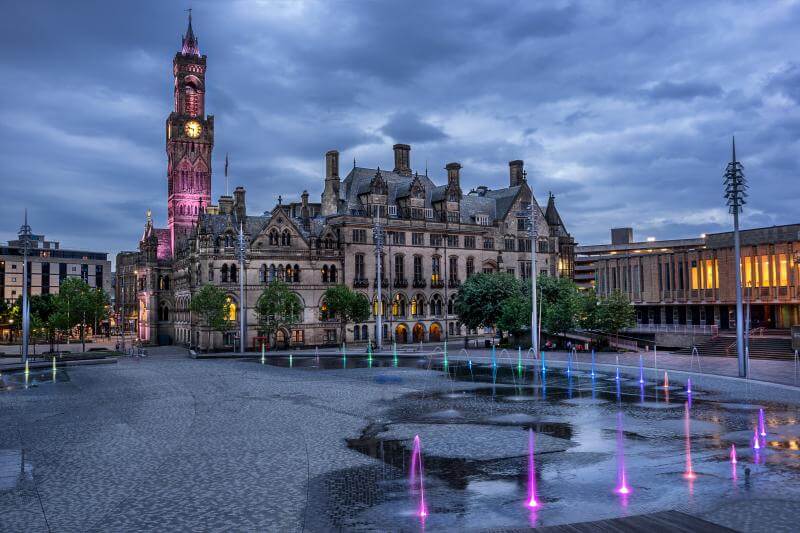 Bradford is the fourth largest urban area of the UK and the seventh-largest city in the UK by population.  The current population is over 530,000 that is increasing every day.  Bradford is 8.6 miles (14 km) west of Leeds, and 16 miles (26 km) north-west of Wakefield. Bradford is a city of culture, tradition, and history, along with great educational institutes.